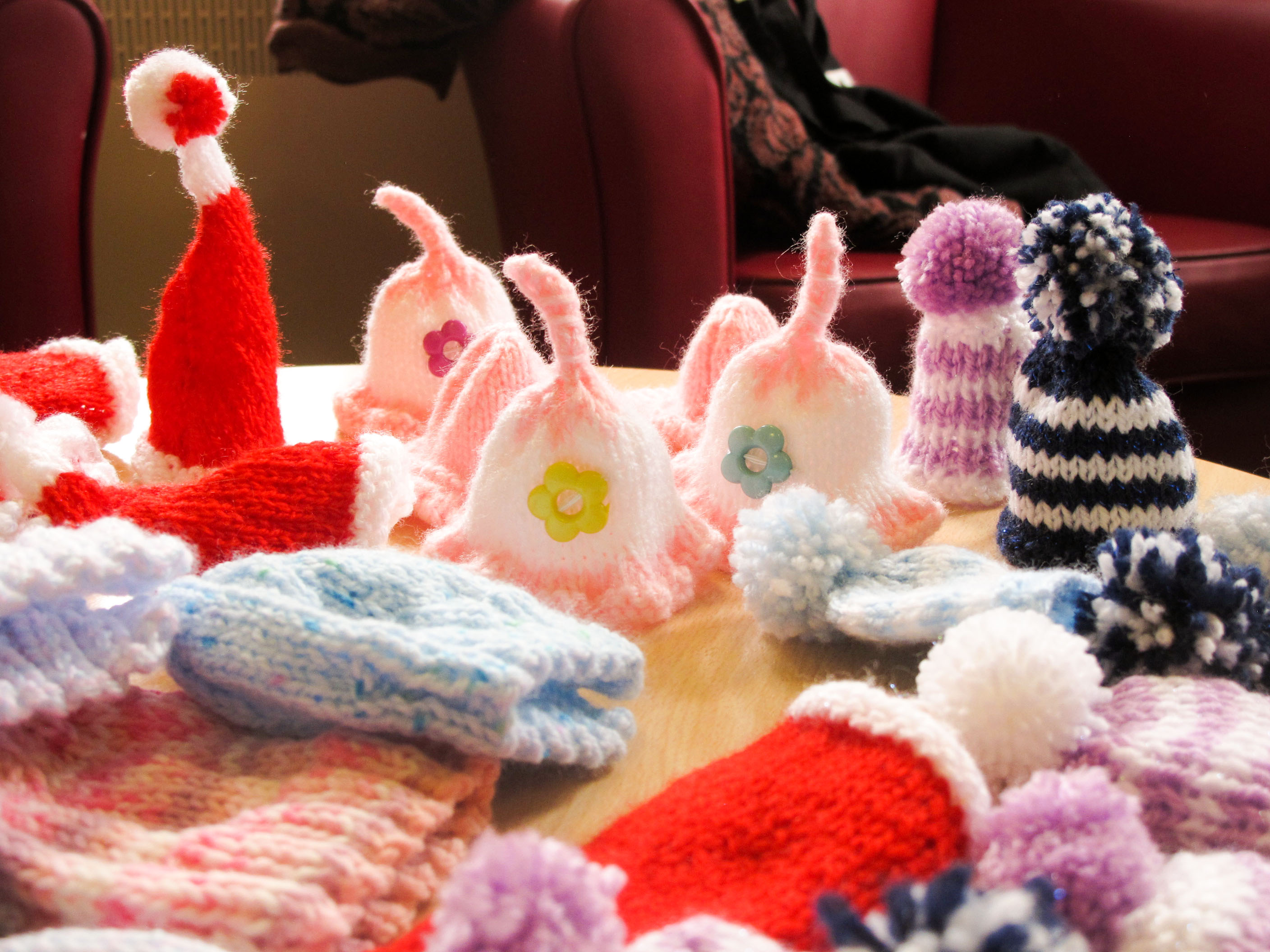 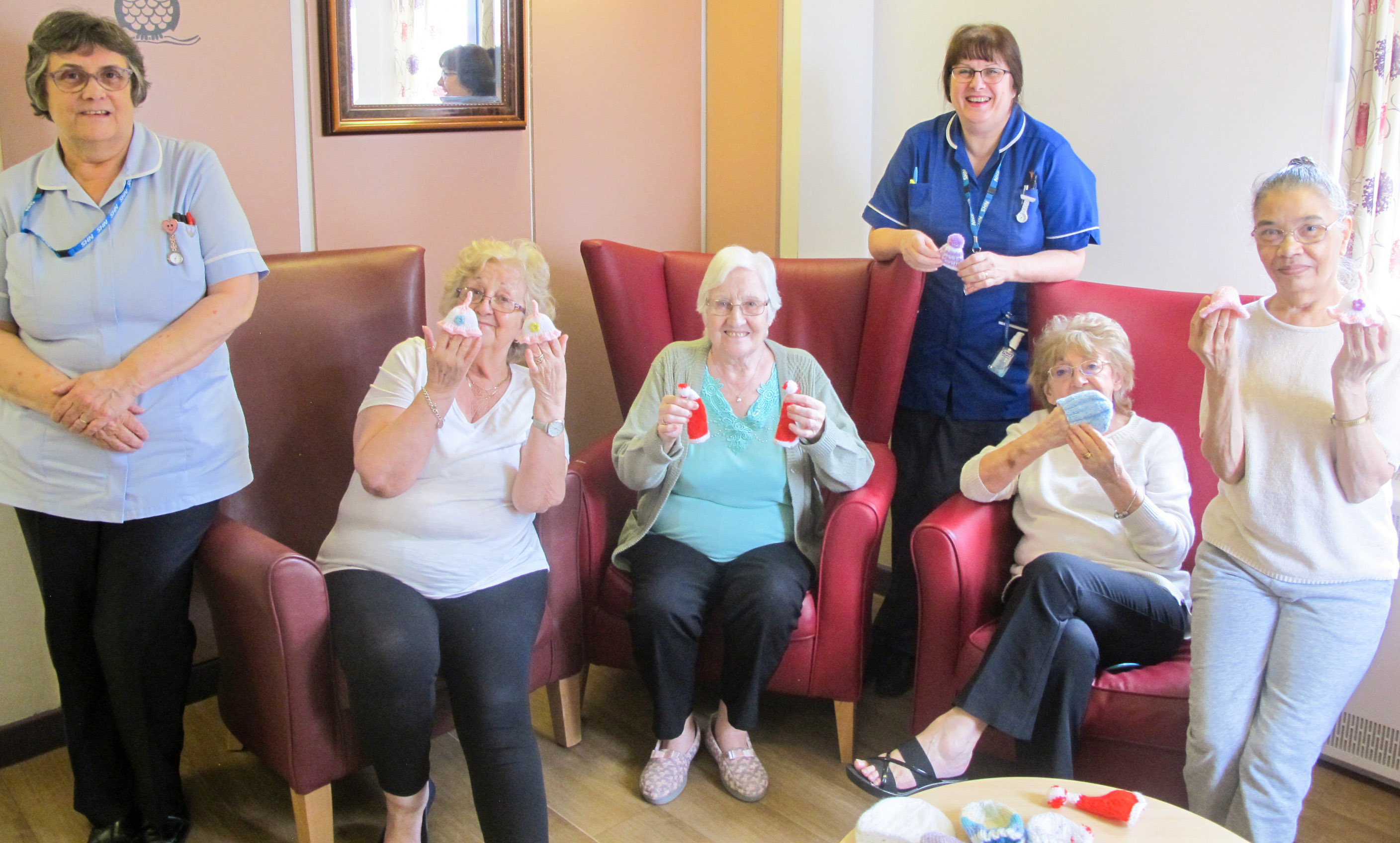 The knit and natter group on Salter Ward, at Edwards Street Hospital, certainly don't let the natter get in the way of keeping their needles clicking away!

Established in January, the group, primarily made up of patients, bring in their own wool and materials, and can create a variety of colourful hats. Each intricate hat takes about 1 – 2 hours to make, but the group don’t mind, as they find that the therapeutic activity relaxes them and focuses their minds.

In March, the group sent 100 tiny baby hats to the premature baby unit at City Hospital. And they aren't going to put their needles down any time soon because they are now making another 100 hats for smoothie bottles for Age Concerns big knit project.

The Neonatal services at City Hospital, Birmingham say, “We would like to take this opportunity to thank the group for the knitted hats that you kindly donated to the Neonatal Unit. As you are aware, these will be used for the babies being cared for on the unit and your ongoing support is really appreciated by all of the children, families and staff.”

The big knit project is undertaken every year, with Age Concern working in partnership with Innocent Smoothies to ask volunteers to knit tiny woollen hats. Each one is placed on an innocent smoothie bottle, and for every smoothie sold, 25p is paid to Age Concern which provides for funds to help support older people who have no one else to turn to. Since 2003, over 7 million hats have been knitted raising more than £2.4 million for Age UK.
Log in
Login