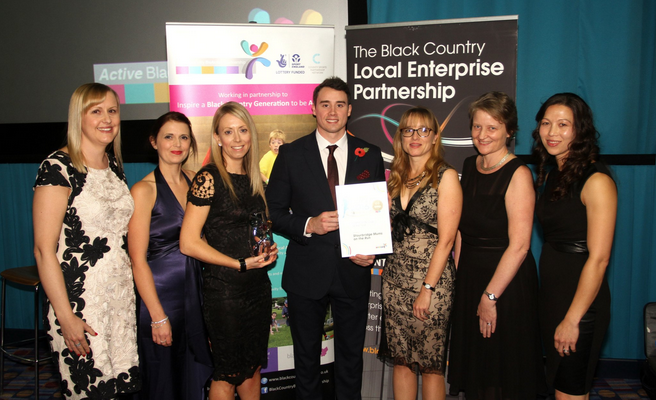 Emma Barnes and her running team, joined sporting heroes such as Kristian Thomas, from across the Black Country in being honoured at a special awards ceremony at Dudley Showcase Cinema in November.

The Stourbridge Mums on the Run group, set up by Emma five years ago, has gone from strength to strength and been presented a prestigious award in recognition of their work with encouraging local Mums to get fit by taking up running.

Speaking on the running group, Emma said: “The group is made up of a series of like-minded Mums whose main aim is to get other Mums out and about, running while raising essential funds for some marvellous charities.

“You often hear how sometimes becoming a Mum can be quite isolating, so it was important for me that one of the main focuses of the group was not only offering ladies the chance to challenge themselves but to give them the opportunity to connect with other Mums in the same area.

“To be recognised and celebrated for what we do is really lovely and we were honoured to get the award.”

For more on the Stourbridge Mums on the Run group, visit their twitter page @SMORRunners