The Therapy Services Team at The Sunflower Centre needs your vote to win a top prize of £3000 in the Lloyds Bank Community Fund Awards.

The team were nominated by a parent of one of their patients and beat stiff competition to be shortlisted and given the opportunity to compete, via public vote, for the top prize.

The Community Fund Awards are organised by Lloyds Banking Group and provide grants to support local good causes across England, Wales, Northern Ireland, Channel Islands and the Isle of Man. The Bank splits the country into communities and then shortlists four organisations from each area to go through to the second stage of public votes. The organisation with the most votes in a community receives the top prize of £3,000, the second highest votes £2,000, the third highest £1,000 and the fourth £500. 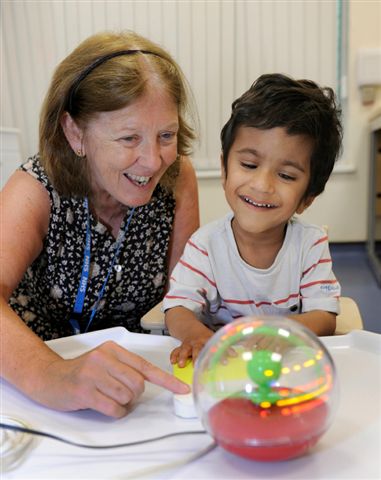 All money for the grant will be used by the service to purchase a toy library of specialist sensory and switch system toys. The library will be used by parents of children, receiving occupational therapy at the centre, and will allow them to book out toys so they can continue their therapy sessions at home.

Voting is now open until 10th October, you can vote in a number of ways: