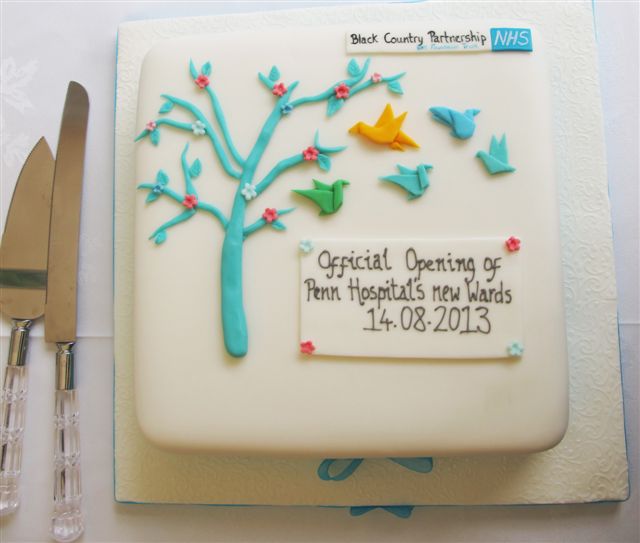 The Trust held a garden party, Wednesday 14th August 2013, to celebrate the completion of the new wards at Penn Hospital. £10 million of investment was spent remodelling the main hospital block to create light, airy and therapeutic environments for people dealing with mental health conditions. The construction started in April 2012 with different phases of completion. Patients moved into the new male ward and older adult ward in January this year, with the final phase being the completion of the female ward and therapy area this month.

Guests, including staff, service users, local councillors and commissioners, were treated to lunch, speeches and musical entertainment in a marquee in the Penn grounds before being taken on a guided tour of the new facilities. Karen Dowman, Chief Executive, reflected on the long journey of completing the £10 million project and praised everyone involved for their hard work.

Derek Castle, a former service user and 'expert by experience' spoke to the group about his time as a patient on one of the old wards. In his speech, he compared it to the new state of the art building which he described as "an amazing facility that the people of Wolverhampton could be proud of".

After the speeches, Karen Dowman planted a cherry tree to commemorate the opening.

One former patient wrote in the signing book that he was very impressed with the new environment: "The whole atmosphere speaks of kindness" he commented.

Female patients will move into the new ward next month.