The Trust was proud to celebrate the important Sikh festival of Vaisakhi on Friday 23rd April. Vaisakhi is a very important day for Sikhs and one of the most colourful events in the Sikh calendar. It traditionally coincides in Punjab with the first harvesting of the crops for the year and marks the founding of the Khalsa, the Sikh Brotherhood. Vaisakhi is a joyous occasion and time for celebrating across cultures.

The Spiritual Care Team hosted a celebration in Freddy’s café at Edward Street Hospital. Patients, service users and staff came together to hear Hardeep Singh and Harjinder Singh, priests from the next door Guru Nanak Sikh temple, recite a prayer and give an explanation to everyone gathered.

Harjinder commented, “The prayer is a way of bringing communities together. It’s not just for Sikhs, it’s a universal blessing, asking God to lay his hands on everyone”. 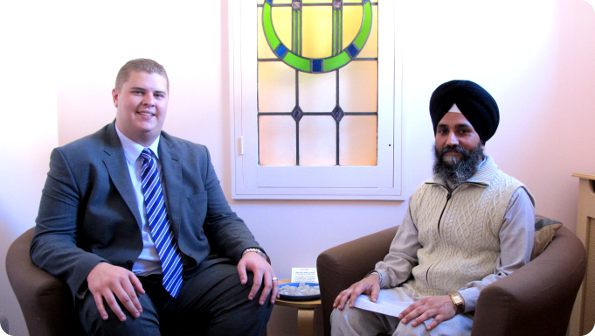 Martyn Jinks, Trust Chaplain, said this was the Trust’s first joint Christian Sikh festival and he hoped that more would follow.

Part of the Vaisakhi tradition is the sacred sharing of food. All guests were invited to sample some delicious vegetarian samosas, which were so popular some staff took trays up to the wards for patients unable to attend. 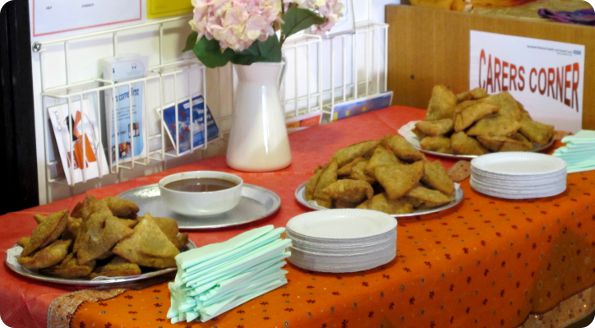